Be Your Own Hero!

It’s Be Your Own Hero Week! This week, we’re having a Hometown Heroes camp on January 15th. We’re celebrating our local fire fighting, EMS and police heroes that keep us all safe. We encourage YOU to be your own hero this week.
Who is your hero? It could be someone real, fictional, dead or alive. What qualities do you admire in this person?

Does your hero have unwavering integrity? If so, strive to improve your integrity.

Maybe you saw someone have the courage to do something that they were scared to do.  Maybe they decided to take swimming lessons when they were afraid of water.  Maybe they spoke to a new person at school and made a new friend.

Have courage in the little things.  That way, when the big challenges appear, you’re ready.

Calm in the face of danger

Learn to regulate your emotions.  Don’t overreact or panic.  Take a step back, think before you act. Breathe. In the case of physical danger, don’t panic.  Use your training and stay safe. Panic clouds your judgement and in many cases prevents you from doing what you should do.

Be the voice of calm in a crisis.  Other will rally around you.  Be the calm hero 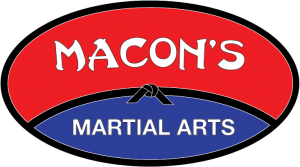